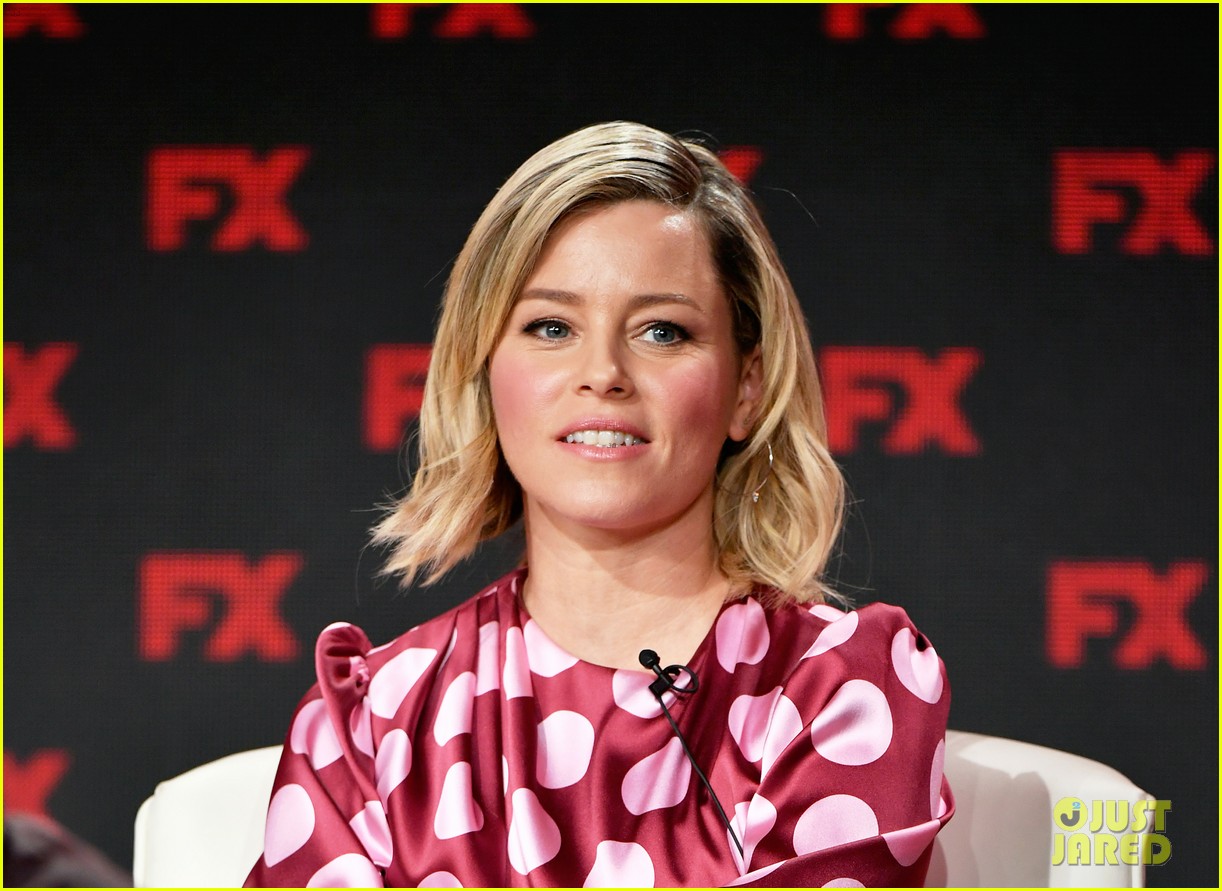 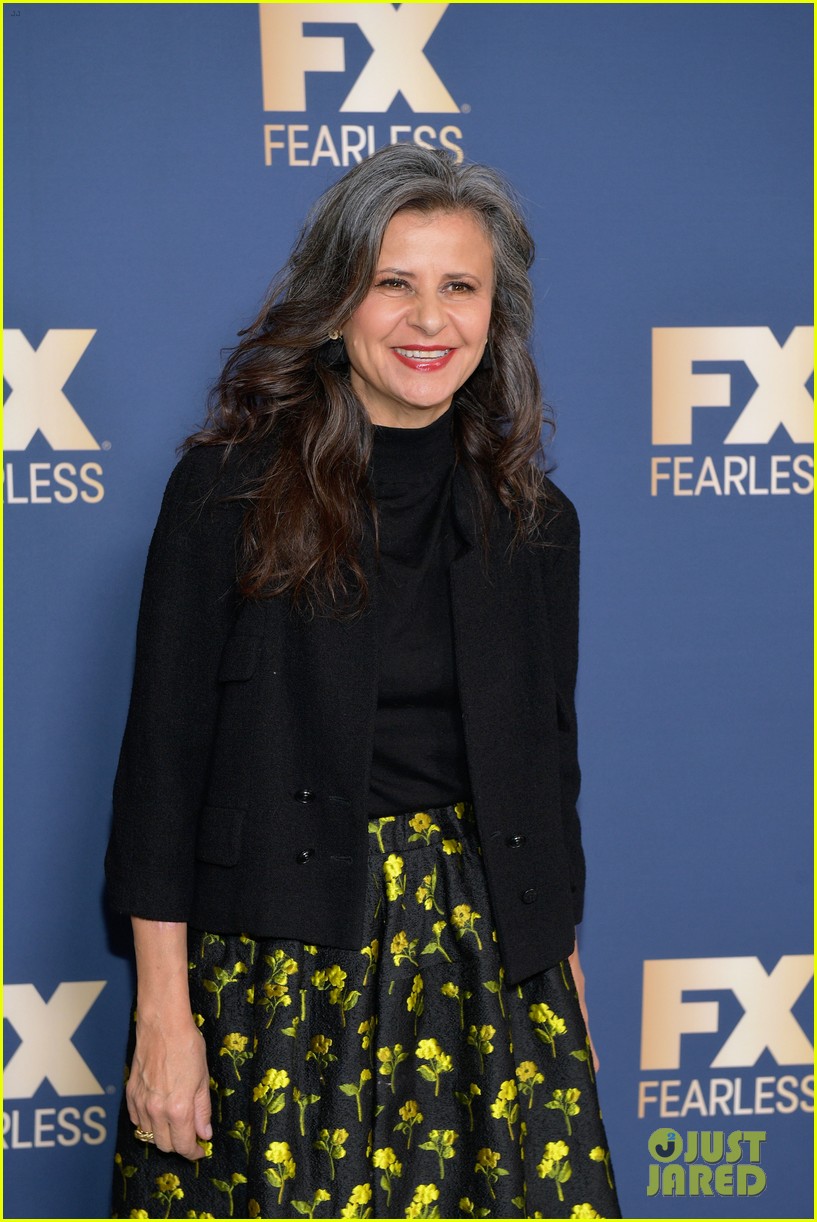 During a Television Critics Association event held on Thursday, Blanchett opened up about tackling such a controversial historical figure, saying she merely wanted to present all sides to the character.

“Whether I like or dislike a character, whether it’s Phyllis or Elisabeth I is utterly irrelevant, it’s not my place,” she said, according to Variety. “My place is to present a character warts and all.”

The Oscar winner, who is set for another TV role this year with immigration drama Stateless, said Mrs. America will shine a light on the current political climate.

“I’m a passionate lover of history. I don’t think you can in any way understand the present unless you look into the past,” she said, later adding: “We’ve got haranguing matches and shouting, but we haven’t got robust public discourse [today]. These women actually talked and debated these things through. They didn’t always agree with one another, but they discussed.”

Mrs. America is available to stream on Hulu in April.

Political battle lines have been drawn in the new teaser for Mrs. America.

On Thursday, FX debuted the first trailer for its nine-part limited series that chronicles the contentious equal rights movement in the 1970s. The glimpse at the star-studded show promises a complex exploration of feminism, religion and their intersection in the evolving American culture.

Get push notifications with news, features and more.
+ Follow
You'll get the latest updates on this topic in your browser notifications.

Available to stream exclusively on Hulu in April, the TV series boasts an all-star cast led by Cate Blanchett, who portrays real-life conservative activist Phyllis Schlafly, who pushed against the passing of the Equal Rights Amendment during the era. Schlafly died in 2016 at age 92.

“I am not against women,” Blanchett, 50, assures in the opening of the trailer. “But what I am against,” she adds, “is the women’s liberation movement.”

On the other side of the “messy” revolution is Bridesmaids star Rose Byrne, who steps into the shoes of iconic equal rights activist Gloria Steinem, a prominent figure in the movement still active today. 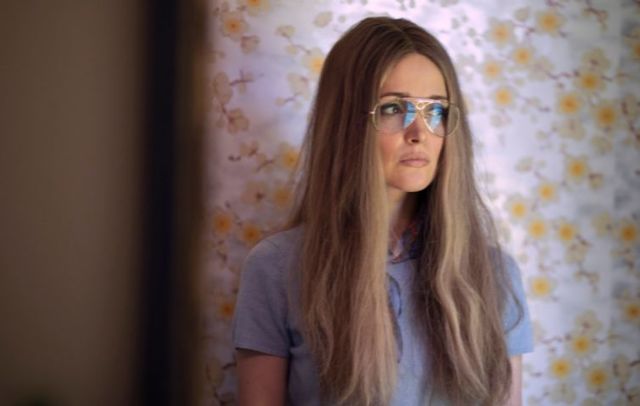 It’s actually billed as a mini-series, so it aims to paint a complete portrait across its entire nine episodes. With that in mind, there is no reason to anticipate a follow-up season.

Of course, some mini-series have proven immensely popular in the past and have therefore been renewed for more episodes. However, such success will not be determined until the nine episodes have aired and is highly unlikely.

The ninth and final episode is set to reach audiences on Wednesday, May 27th 2020.

A number of viewers have already taken to Twitter to offer their praise of Mrs. America.

The performances are a clear highlight, with many taking the time to spotlight the brilliant Rose Byrne in the role of Gloria Steinem.

Check out a selection of tweets:

In other news, can you solve this puzzle?

Have something to tell us about this article?Let us know

FX has dropped the first trailer for the limited series, Mrs. America.

The official description from the network: Mrs. America tells the story of the movement to ratify the Equal Rights Amendment (ERA), and the unexpected backlash led by a conservative woman named Phyllis Schlafly, played by [Cate] Blanchett. Through the eyes of the women of that era - both Schlafly and second-wave feminists Gloria Steinem, Betty Friedan, Shirley Chisholm, Bella Abzug and Jill Ruckelshaus--the series explores how one of the toughest battlegrounds in the culture wars of the 70s helped give rise to the Moral Majority and forever shifted our political landscape.

During the Television Critics Association press tour Thursday, Aduba said the series would "right a cultural wrong," explaining, "Her very effective role and presence in that period was incredibly powerful for all women — especially for women of color — and important now." She added that "we’ve glossed over some of those intersectional figures and their importance and their relevance in the story.” The series' third episode will see Aduba's Chisholmat the forefront.

This is the second portrayal of Chisholm coming up. Viola Davis will portray her in a movie she's exec producing at Amazon Studios, directed by Maggie Betts. This is also the second portrayal of Kennedy that is set. Lorraine Toussaint will portray her in the Gloria Steinem film, The Glorias. Janelle Monáe will play Dorothy Pitman Hughes in that film.

Watch the trailer for Mrs. America below. It debuts on April 15 on Disney's FX on Hulu.

From Harlem to Hollywood, get the Black entertainment news you need in your inbox daily.

Set to premiere on FX in 2020, the nine-episode limited series tells the true story of the movement to ratify the Equal Rights Amendment, and the unexpected backlash led by conservative woman Phyllis Schlafly (Cate Blanchett). Through the eyes of the women of that era — both Schlafly and second-wave feminists Gloria Steinem, Betty Friedan, Shirley Chisholm, Bella Abzug, and Jill Ruckelshaus — the series explores how one of the toughest battlegrounds in the culture wars of the '70s helped give rise to the Moral Majority and forever shifted our political landscape.

Here's a look at the all-star cast for FX on Hulu's Mrs. America:

● Rose Byrne as Gloria Steinem – Steinem was the most recognizable leader of the women's movement, who co-founded Ms. Magazine and played a major part in the effort to pass the ERA.

● Kayli Carter as Pamela – Pamela, a fictional character, is a young, impressionable housewife who is an early member of Phyllis' anti-ERA movement.

● Ari Graynor as Brenda Feigen-Fasteau – A Harvard-educated lawyer, Feigen-Fasteau was a young feminist in the women's movement who co-founded Ms. Magazine with Steinem and helped the feminist effort to pass the ERA.

● Melanie Lynskey as Rosemary Thomson – Thomson was a homemaker in Schlafley's inner circle who eagerly joined her fight against the ERA.

● James Marsden as Phil Crane – Crane was a conservative congressman from Phyllis' home state of Illinois and one of her most powerful allies.

● Margo Martindale as Bella Abzug – A leading figure in the feminist movement, Abzug was a three-term Congresswoman who spearheaded the effort to pass the ERA.

● Sarah Paulson as Alice – Alice, a fictional character, is Phyllis' best friend who joins Phyllis' efforts to block the ERA.

● Jeanne Tripplehorn as Eleanor Schlafly – Eleanor is Fred's unmarried sister and a close confidante of Phyllis. Eleanor is a devoted aunt to Phyllis' six children.

● Tracey Ullman as Betty Friedan – Known as the mother of the women's movement, Friedan wrote The Feminine Mystique and co-founded the National Women's Political Caucus. She was an active proponent of the ERA.

● Elizabeth Banks as Jill Ruckelshaus – A pro-choice, socially progressive Republican appointed by President Gerald Ford to advance women's rights – and to keep the Republican Party from being taken over by Schlafly and the religious right.